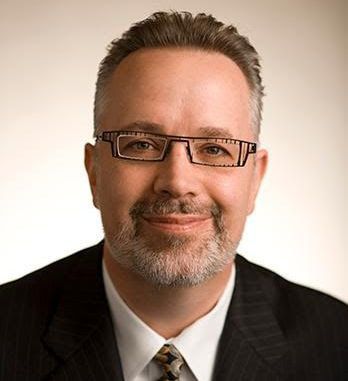 Business and the United Nations: from “Necessary Evil” to Welcome Collaborator
OpEd from UNA Westchester Board Member Dan Bena

I’ve been what I call a sustainable development practitioner for decades, even though I’m not sure precisely what that term means. To me, it means someone who is passionate about, and an advocate for, building a society that is healthy, peaceful, just, prosperous, and sustainable. A mouthful, I know.  A pipe dream, I hope not, and there is cause for optimism.

I’m a huge fan of learning from those who came before us, and this past New Year’s celebration was sobering to think that we are not just turning the clock on another year, but entering a new decade. I could not help but turn to the previous “20s” decade, a hundred years ago—the so-called “Roaring Twenties.” According to Wikipedia, “The Roaring Twenties was a decade of economic growth and widespread prosperity, driven by recovery from wartime devastation and deferred spending, a boom in construction, and the rapid growth of consumer goods such as automobiles and electricity in North America and Europe and a few other developed countries. The spirit of the Roaring Twenties was marked by a general feeling of novelty associated with modernity and a break with tradition. Everything seemed to be feasible through modern technology.” That was a century ago, and I could argue that much of the description has an analog today. But, let’s frame this “20s” decade in the UN Sustainable Development goals. Just as the Roaring Twenties talked of economic growth and prosperity, so, too, do the SDGs talk of economic growth and an end to poverty. The Roaring Twenties saw the ratification of a woman’s right to vote in the United States…the SDGs are founded on everyone’s rights—human rights—for which the United Nations has been, and remains, one of the world’s strongest catalysts. The Roaring Twenties was also marked by many elements of the private sector—construction, automobiles, electricity, and consumer goods. Today, the private sector is even stronger and more influential than it was a decade ago, but what is the role of business in broader society, in particular through the lens of the United Nations?

In my view, when the UN Millennium Development Goals (MDGs) were developed, they were largely seen as an initiative “by government, for government.” Sure, there were a handful of exceptions, but business was not engaged in the process on a large, global scale. Nor was business seen as a legitimate collaborator toward the MDGs. On the contrary, business was viewed by some as the cause of many of society’s ills. By comparison, the process surrounding the MDGs’ successors, the Sustainable Development Goals (SDGs) was—and remains today--entirely different, and for the better. The authentic engagement of business, as a partner with governments, not-for-profits, academia, and civil society, has been a hallmark of the SDGs, from their development during the Open Working Group Process through to their ratification by 193 countries, to helping with their implementation and achievement. Indeed, the SDGs have given the world a rallying cry…a collective purpose to which to aspire.

The last few years have seen a tremendous ground swell of activity by diverse businesses across the world in the area of “corporate purpose.” Arguably, one of the most potent catalysts for that increase in corporate commitments, campaigns, and strategy redesigns to align more fully with the company’s purpose was the letter to CEOs issued by Blackrock CEO, Larry Fink. Fink wields tremendous influence to motivate companies, given that Blackrock reported just over $7.4 trillion in managed assets as of the last quarter of 2019. But this is about more than imposed influence; it is about something more appealing to companies. Purpose isn’t about being punitive; it’s quite genuinely about maximizing opportunities for long-term growth. Done properly, it will help provide an interconnected global environment in which businesses can flourish as a part of society—not apart from it. In both his 2019 letter, and then reinforced more strongly in his 2020 letter, Fink states:

“The importance of serving stakeholders and embracing purpose is becoming increasingly central to the way that companies understand their role in society. As I have written in past letters, a company cannot achieve long-term profits without embracing purpose and considering the needs of a broad range of stakeholders…a strong sense of purpose and a commitment to stakeholders helps a company connect more deeply to its customers and adjust to the changing demands of society. Ultimately, purpose is the engine of long-term profitability.”

“Purpose” remains a poorly-defined term, but is often linked to terms such as social responsibility; social impact; environmental, social, governance (ESG) reporting; philanthropy; or other moniker. There is one thing in common: purpose relates to the role of business as a positive force in society. The British Academy, in their Principles for Purposeful Business, which they describe as an “agenda for business in the 2020s and beyond,” suggest that:

“…corporate purpose identifies how the company assists people, organisations, societies and nations to address the challenges they face, while at the same time avoiding or minimising problems companies might cause and making them more resilient in the process…. In 2019, purposeful business has become more mainstream with commitments by leading investors and companies, and a campaign by the Financial Times. Purposeful businesses will be essential contributors to solving the global challenges of the 21st century, best expressed in an integrated way by the United Nations Sustainable Development Goals.”

Businesses love to talk in terms of “business cases,” or “compelling propositions.” The Business and Sustainable Development Commission, in their Better Business, Better World report, suggest that “achieving the SDGs opens up US $12 trillion of market opportunities [and creates 380 million new jobs by 2030] in the four economic systems of food and agriculture, cities, energy and materials, and health and well-being, which represent around 60 percent of the real economy….The total economic prize from implementing the SDGs could be 2-3 times bigger….Achieving the single goal of gender equity could contribute up to US$28 trillion to global GDP by 2025.”

As someone who has spent the last three decades of his life in business, it is heartwarming to see the elevated role that we can play as one of many important partners of the United Nations to advance societal good. The Roaring 20s had their day in history, for sure; but imagine collaboratively achieving the Sustainable Development Goals for healthy, peaceful, flourishing communities by 2030--what better way to mark THIS decade of the 20s?